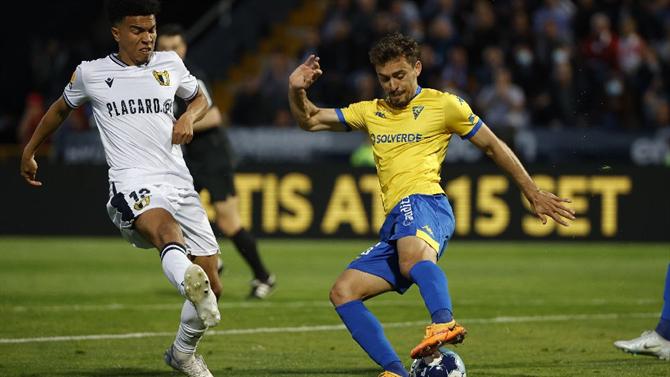 Famalicão beat Estoril on Friday, 3-1, after seven games without a win, and are closer to ensuring, in a mathematical way, permanence.

At 16′, the central Ferraresi left the Canarinhos reduced to ten units, a numerical advantage which the Minho team took advantage of to open the scoring, at 45’+2, by the Spaniard Adrián Marín.

At 66′, Heriberto made it 2-0 for the hosts, a celebration that didn’t last long as, two minutes later, Estoril made it 2-1, thanks to Rui Fonte, bringing the uncertainty on the dashboard.

Victory will only be assured at the last shot of the match, through the intermediary of the Frenchman Junior Kadile, at 90’+4, on the counter-attack, following a free kick on which Estoril had given everything by putting all players except the goalkeeper in the home team area.

Famalicenses now have 33 points, seven more than 16th-placed Moreirense as they have three matches left to play (nine points under discussion), while Estoril (36 points) added the sixth consecutive game without a win, a reflex from a very poor second round in which they only managed to win twice.