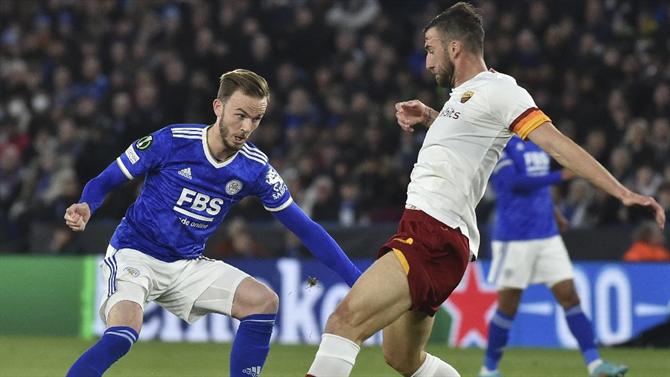 Roma drew 1-1 when visiting Leicester in the first leg of the Conference League semi-finals. Rui Patrício started for the Italians, Sérgio Oliveira was started by Mourinho in the second half and Ricardo Pereira was in Brendan Rodgers’ initial options.

The match started even better for Roma and in the 15th minute, Lorenzo Pellegrini gave the Italians the lead after a fine run from Zalewski. After a first half where Roma managed to dominate operations without having possession of the ball, Leicester ended up making the difference in the second half and were rewarded with a draw at 67′, when Harvey Barnes crossed in the small area and Gianluca Mancini, pressed by Lookman, put the ball in the back of the net.

The 1-1 draw lets everything settle in Rome. The two teams, it should be remembered, have a new meeting scheduled for May 5, in the Italian capital, in order to decide between the finalist of the Conference League.