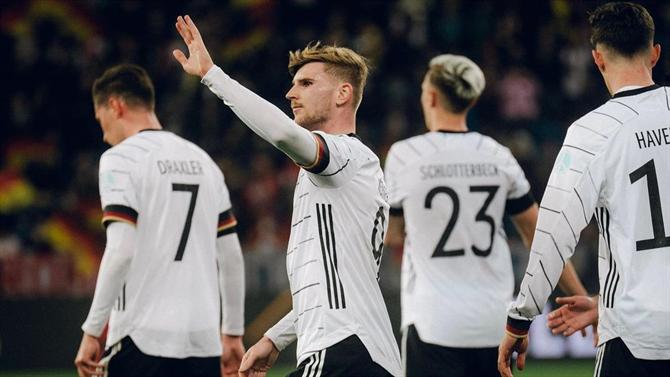 German striker Timo Werner, who represents Chelsea, was in the spotlight this Saturday when he returned to goal… in the service of the German national team. The player, much criticized for the scarcity of goals with the Blues, signed the 2-0 victory over Israel, during a friendly match played in Sinsheim, at the Rhein-Neckar-Arena stadium, home of Hoffenheim.

The ex-RB Leipzig striker has registered just one goal and one assist in 14 games (736 minutes) in the Premier League and his name has already been linked with interest from several clubs, including Bayern Munich, Juventus or Barcelona.

In fact, the numbers seem to back Timo Werner, as another Chelsea striker, famed signing Romelu Lukaku, for whom the Londoners paid Inter Milan €100m, has scored just five goals in 19 games this season and an assist in the league.