At the Jeddah circuit, the first part of the race was uneventful, but a safety car caused by a crash from Latifi turned things upside down.

Pérez, until then leader, fell to the hands bluff of Ferrari and stung first. Meanwhile, the Safety Car makes its appearance, Leclerc, Verstappen and Sainz stop at this time and overtake the Mexican.

With Leclerc in the lead, the Monegasque took the advantage over Verstappen, but a Virtual Safety Car caused by a problem on Ricciardo’s single-seater – he retired there, as did Bottas, Fernando Alonso and Albon towards the end – allowed the Dutch to approach. of the pilot of scuderia Italian.

Verstappen put pressure on Leclerc, and after a first pass promptly returned by Leclerc, he managed to overtake the Monegasque with four laps to go.

The battle lasted until the end, but the reigning world champion even took his first victory of the season, after the disappointment of the race in Bahrain.

Kevin Magnussen again gave points to the renewed Haas, while Lando Norris was left with his McLaren in seventh place, a big recovery from last weekend. 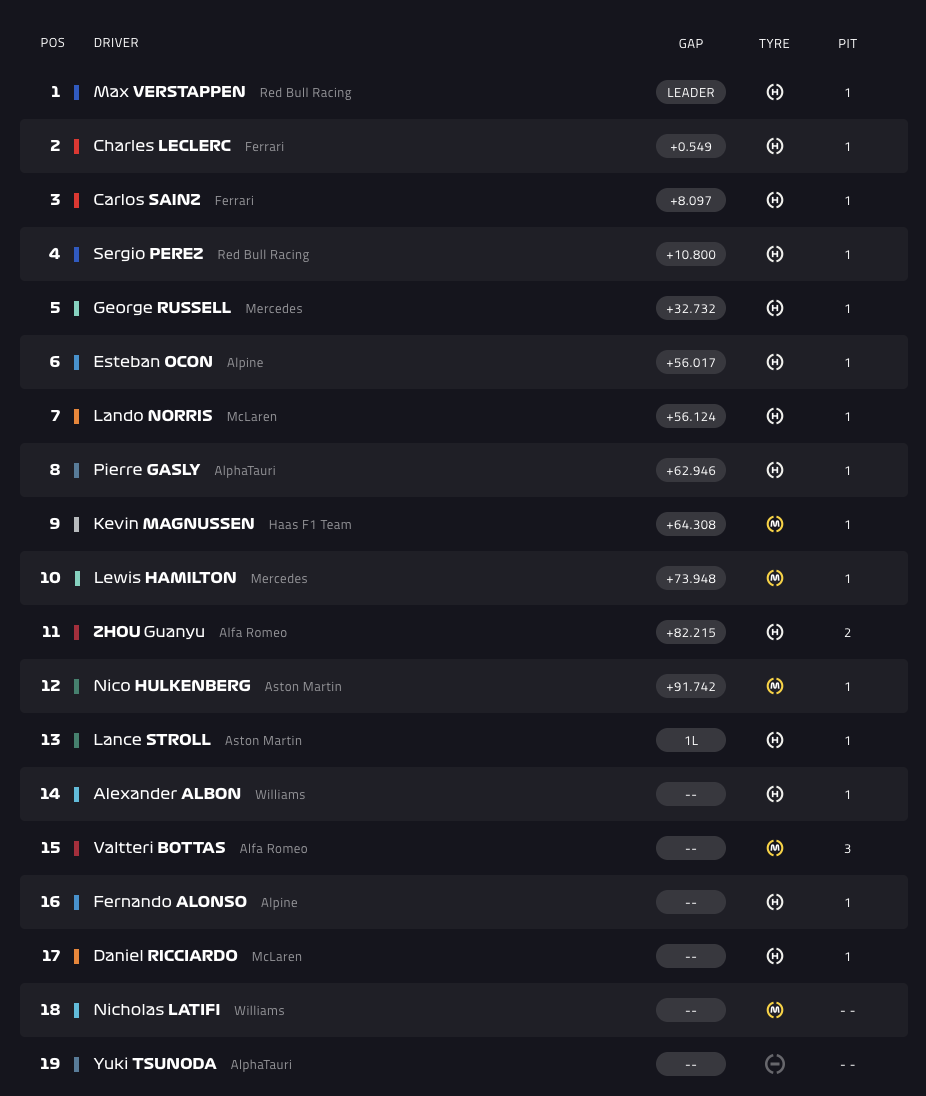