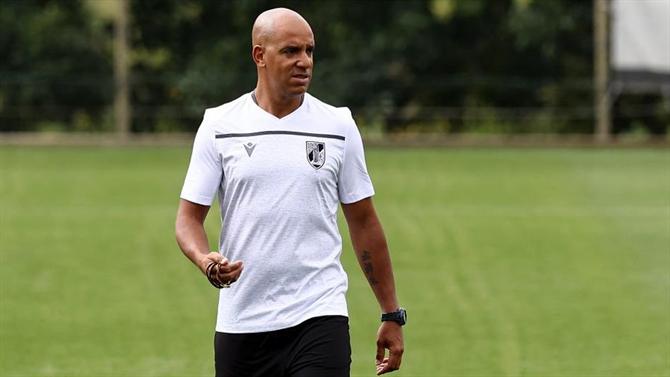 At the end of an open training session at the academy’s sports complex, which brought the energy and affection of the fans to the team, reviving an old Vitória tradition, Pepa spoke to journalists and did not silence the revolt against the punishment that resulted from his expulsion against Sporting.

“I spoke at the end of the game, but now, in a colder mood, I can say I was sorry and angry. Taking a professional out of his workplace, out of what he loves to do the most , to be sent off for what I did. We can appeal and we can show that voice. I can say that I am outraged by what happened”, confessed the Guimarães coach, continuing his non- compliance, removed from the bench in the derby with Moreirense.

“The game was so good, just for moving 10 or 15 yards to protest a foul, I’m sent off…please!” I like being with the team, helping the team. I felt very aggrieved. I was wronged on the pitch, but I was hopeful that when the punishment came people would take notice. But I still have a punishment game. I can’t understand this. The sentence is a huge injustice and I hope it will be corrected,” he warned, denying the reputation of the case.

” I do not agree. My granddaughter asked me why I had been expelled. I didn’t even have any answers to give him. Those who decide and make decisions should better understand the context. I know who I am, I am an educated person and I don’t accept being called a troublemaker, a scapegoat or an example of anything. I did not use profanity or offend anyone. It was expensive, in this game, it was expensive not to be able to help. There was nothing to do on the bench,” lamented Pepa, who also addressed the match with Moreirense.

“We are focused on our work, on the seven finals that remain to be played, without being obsessed with 5th place. We know the quality of Moreirense and we know that the square meter is very expensive at the moment, because all the teams need points for their goals. We were eliminated from the Cup in Moreira de Cónegos, there are scores to settle in a healthy way, without being revenge. You have to be serious and competent, play with quality and head,” he explained.

The session ended with the players thanking the fans, who were also applauded. Note that Ricardo Quaresma was approached by Turkish supporters, who are in Portugal to accompany the team of their country, which plays this evening at the Estádio do Dragão, match of the “play-off” access to the Cup of the world.