THE the incessant pain attributed to “this time of the month” is not normal. This affliction is not being a woman. “Menstrual pain is the main symptom of endometriosis,” says Obstetrics-Gynecology specialist José Reis in an interview with up-to-the-minute lifestyle.

In Portugal, it is estimated that 10% of women of childbearing age suffer from endometriosis, a chronic benign disease that is still incurable. A resolution of the Assembly of the Republic (n.º 74/2020, of August 17, 2020) even recommended the government to adopt measures for early diagnosis and treatment of endometriosis. However, to date, nothing has been done.

Read also : After years of endometriosis, Raquel Prates will have her uterus removed

To raise awareness of this “silent” disease, television host and businesswoman Raquel Prates announced on social media that she would undergo a “total hysterectomy with excision of all lesions on March 17. “. In other words, it means you can never have children.

There are several theories that attempt to explain the disease, but none have yet been unequivocally accepted.

It is a chronic inflammatory disease which is defined by the presence of endometrial cells, typical of the uterine cavity, in locations outside the uterus.

Are the causes of the disease known?

Despite many years of research, the factors that trigger endometriosis are not known. There are several theories that attempt to explain the disease, but none have yet been unequivocally accepted. The theory of retrograde menstruation (Sampson’s theory) is the oldest and best known to try to explain the origin of endometriosis. Simplistically, he argues that the implantation of endometrial cells in the abdominal cavity results from the reflux of these cells from the uterine cavity to the pelvis through the fallopian tubes during menstruation. 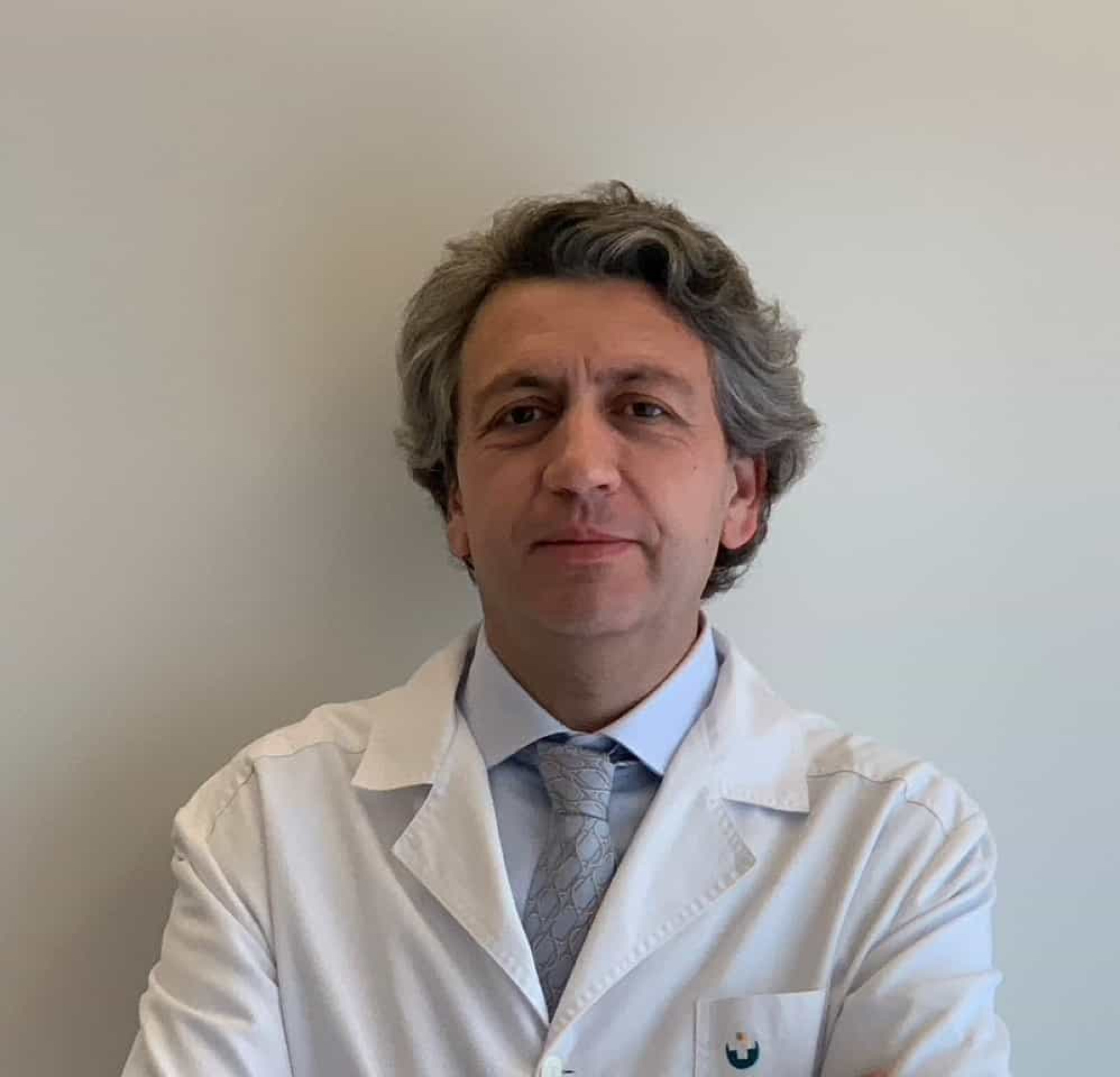 There is currently no known effective form of prevention.

What do the data say about the prevalence of the disease in Portugal?

The exact prevalence of endometriosis is unknown, but estimates range from 2-10% in the general population, but can be as high as 50% in women with infertility. We do not have specific studies on our population. However, extrapolating the data, there will be between 200 and 250,000 Portuguese women who suffer from endometriosis.

Menstrual pain is the main symptom of endometriosis

What is the main manifestation of endometriosis?

Typical symptoms of endometriosis are menstrual pain and pain during intercourse, especially if associated with a history of infertility.

What other signs should women be aware of that might go unnoticed or be confused?

Other symptoms that may also occur, although less common, are pain on urination, pain on defecation, bloody discharge in urine or stool, especially if it coincides with menstruation and is accompanied by pains.

Could menstrual cramps be a symptom?

Menstrual pain is the main symptom of endometriosis.

Can the use of the pill “mask” the disease?

There are a significant number of cases where the symptoms of endometriosis occur when a woman stops taking the pill to attempt pregnancy. However, it is not legal to say that the pill “masks” the disease. The pill is a precious therapeutic weapon in the control of menstrual pain and in the regularization of menstrual cycles in certain adolescent girls. In addition, it is a contraceptive method of enormous added value to reduce the risk of unwanted pregnancy in this age group.

How can the symptoms be relieved?

Symptom control of endometriosis mainly involves analgesics and anti-inflammatories to control pain or hormonal drugs to control the progression of endometriotic foci, isolated progestins, combinations of estrogens and progestins or drugs acting at the pituitary level. Hormonal medications have the effect of decreasing circulating estrogen levels, thereby reducing the stimulation of endometriosis cells. In some situations, resistant to medical treatment, surgical intervention may be required to eliminate foci of endometriosis.

When should you see a doctor?

Women who have the typical symptoms of endometriosis, namely menstrual pain, especially if it is difficult to control with painkillers, and pain during intercourse, should consult a gynecologist.

Read also : They are women, famous and who fight endometriosis

How is the diagnosis made?

The diagnosis is based on three pillars. First, a careful clinical history exploring the typical symptoms of the disease. Then comes the gynecological observation made by an experienced doctor, which will allow the diagnosis of nodules of deep endometriosis that affect the rectum or the bladder. Among the diagnostic tests, the most used are ultrasound and pelvic magnetic resonance imaging.

And what treatments are available? Can we speak of “cure”?

As a chronic disease, endometriosis has no definitive cure. However, in most cases, it ceases to be symptomatic after menopause, a stage in a woman’s life when the level of circulating female hormones, which are the main stimuli for endometriosis foci, decrease dramatically. significant. Symptom control of endometriosis involves analgesics and anti-inflammatories to relieve pain or hormonal drugs to control the progression of endometriotic foci, i.e. isolated progestins, combinations of estrogens and progestins or drugs that act at the pituitary level. Hormonal medications have the effect of decreasing circulating estrogen levels, thereby reducing the stimulation of endometriosis cells.

Another myth is that this disease is invariably linked to the inability to get pregnant.

Endometriosis is often associated with infertility in women. Is it possible to get pregnant?

Indeed, the prevalence of endometriosis can reach up to 50% in women suffering from infertility. Two main factors link endometriosis to infertility. One of them is the anatomical distortion caused by adhesions in the abdominal cavity, typical of endometriosis. The compromise of the pelvic organs by the adhesions can cause obstruction of the tubes and generate difficulties in the transport of eggs along the tube. The other factor is the inflammatory environment induced by endometriosis foci. Inflammation can induce changes in the uterus and cause contractions of the walls of this organ, which affects the implantation of embryos. Given these factors, women with endometriosis are more likely to seek infertility treatments.

Are there any risks?

Endometriosis can range from milder forms, in which there are only superficial implants in the peritoneum, a membrane that covers the abdominal cavity, to more severe forms, with deep invasion of organs. In the most severe forms, if adequate treatment is not carried out, other organs of the pelvic cavity may be affected, such as the intestine (rectum or sigmoid), leading to the appearance of blood in the stools or a bowel or bladder and ureter obstruction, causing dilation and loss of kidney function. One of the most widely used classifications (classification of the American Society of Reproductive Medicine) classifies endometriosis into four stages according to the degree of invasion of the organs.

Read also : Endometriosis: when menstrual pain is a sign of illness

Faced with the diagnosis, what other fears do women refer to?

The fear of infertility, of not being able to control the pain of endometriosis with a consequent loss of quality of life, as well as the fear of compromising organs such as the intestines or the bladder are the main fears of women with endometriosis.

What are the myths associated with endometriosis?

One of the most common myths is that it is normal to have period pain or that period pain goes away after pregnancy. This concept, which is not correct, is prevalent not only in society in general, but also in a large part of the medical community less aware of the subject of endometriosis. The other myth is that this disease is invariably linked to the impossibility of getting pregnant. Now it is known that the rate of infertility is higher, but with the correct treatment, many women with endometriosis manage to overcome infertility. 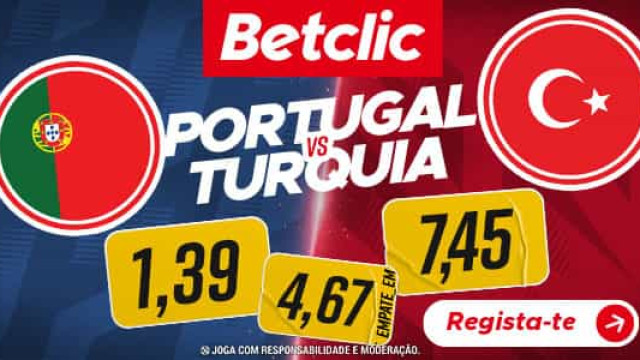 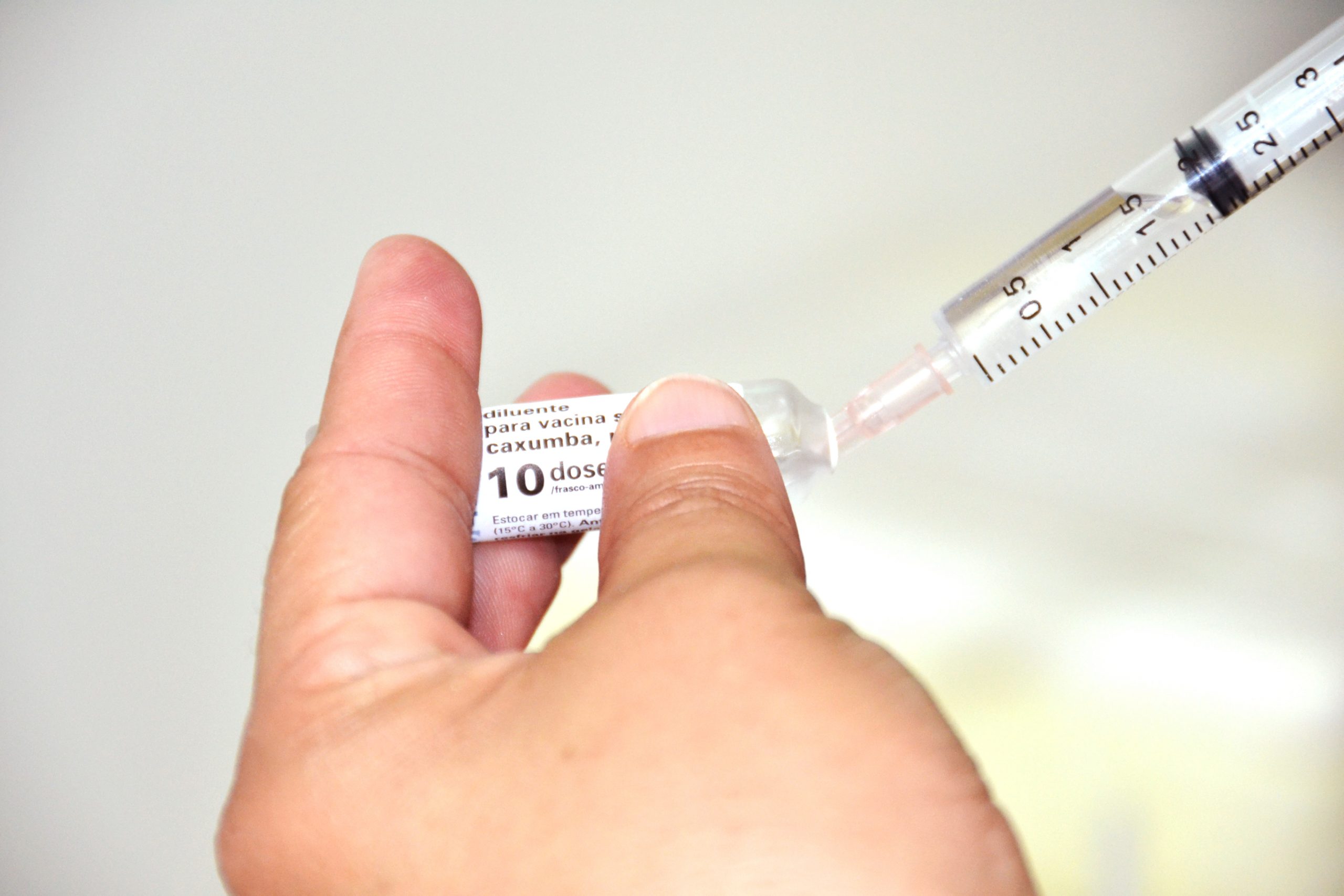 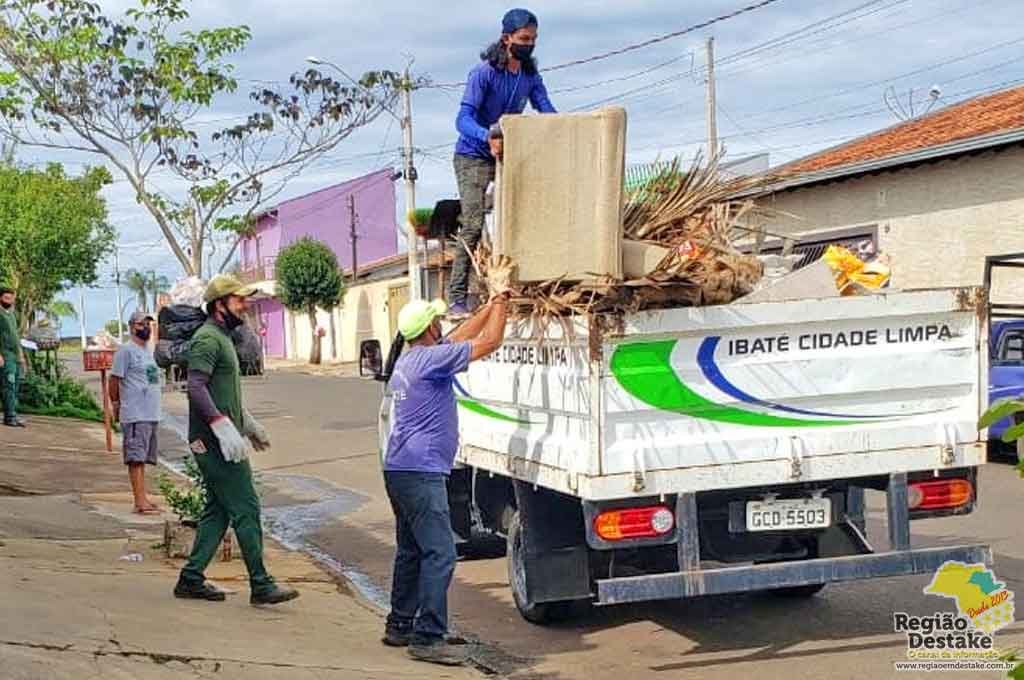 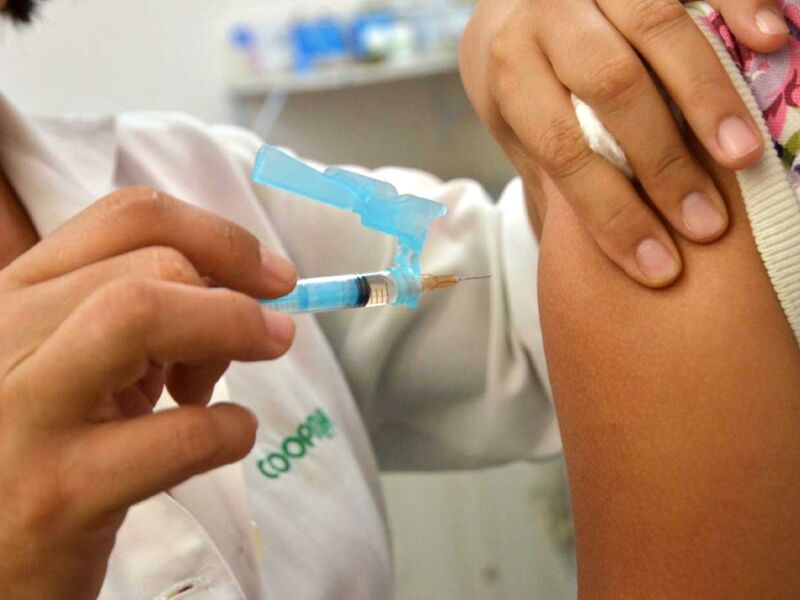 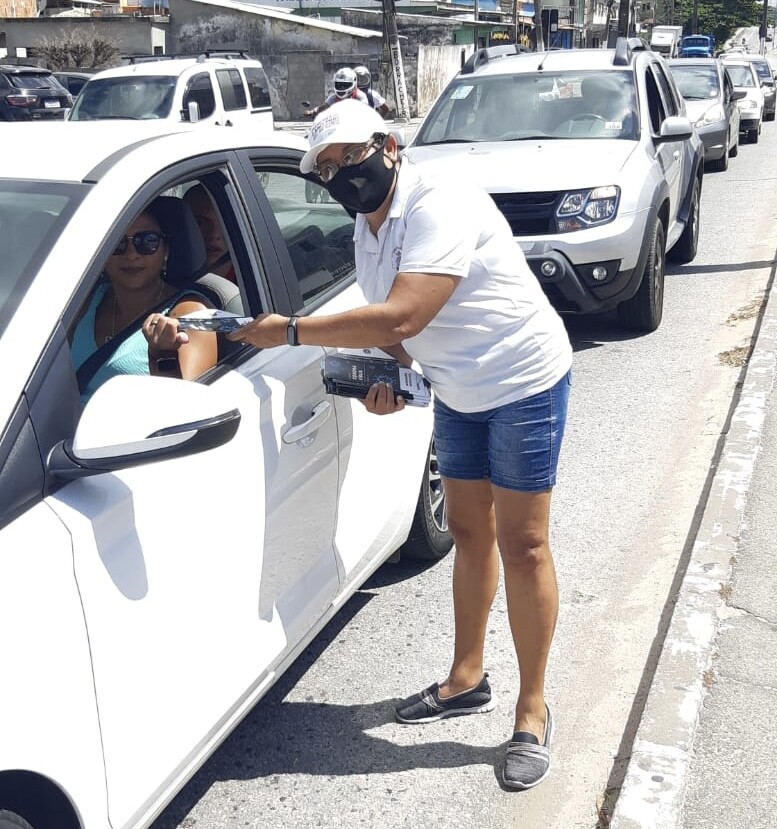 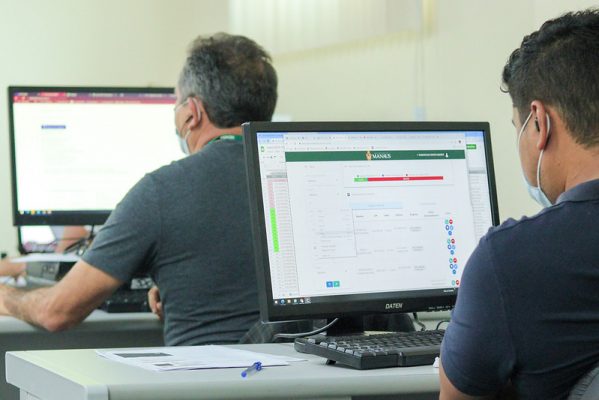 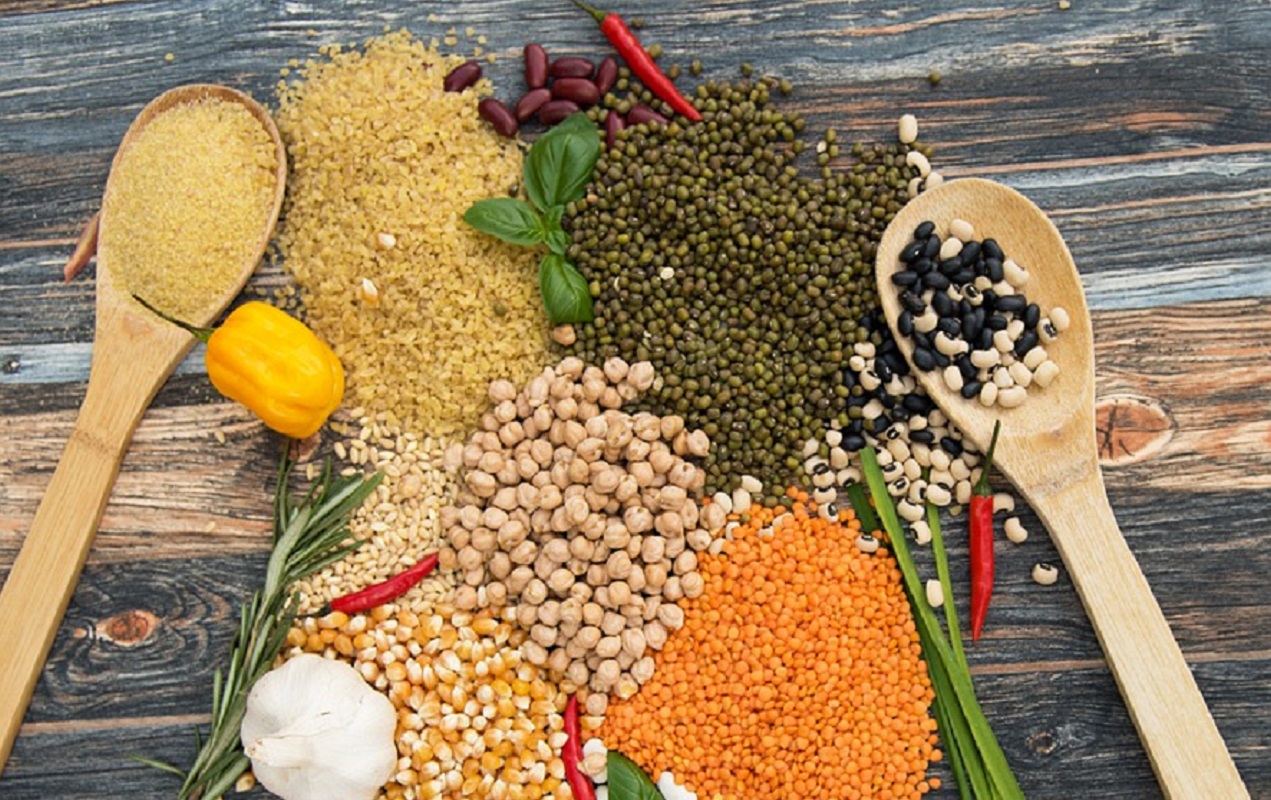 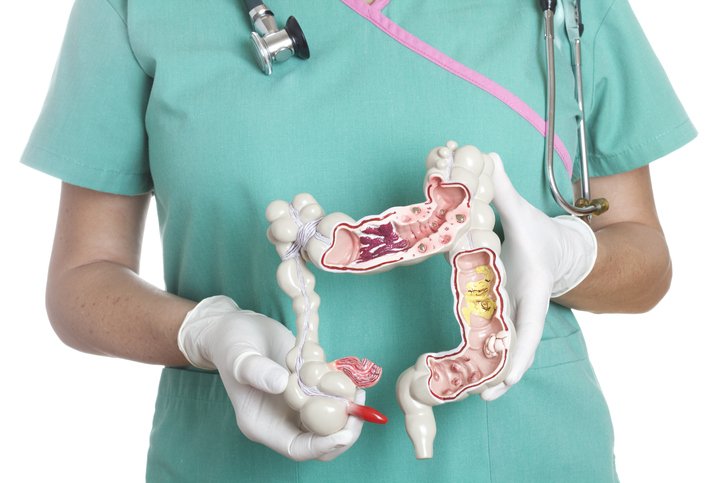