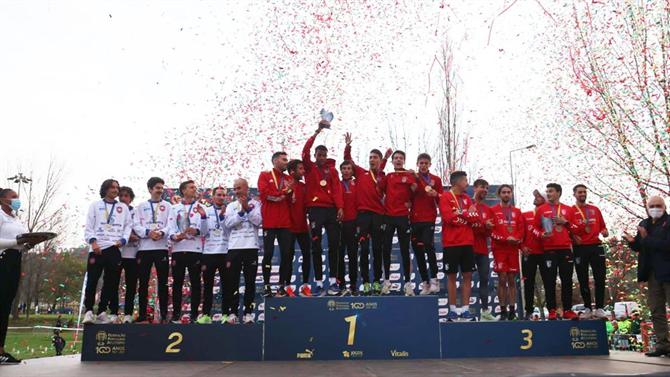 Neide Dias (Feirense) and Samuel Freire (Vitória de Setúbal) were crowned national cross court champions yesterday in Guimarães. In 11.28 minutes, the Cape Verdean Portuguese won with the same time as the runner-up Etson Barros (Benfica). In the women’s event, Neide Dias and Susana Godinho, both of Feirense, discussed the victory, taking the first to the best, with 13.39 minutes, two seconds less than the second. Solange Jesus, also from Feirense (13.46 minutes), finished in 3rd position. Collectively, victory smiled on Recreio de Águeda. On the men’s side, Benfica were crowned champions.