Forty Environmental Health Surveillance agents have been trained to apply the Aero System inside homes. The technology, created to immediately eliminate Aedes aegypti environments, was used in 2016 and is back today to strengthen the fight against arboviruses, by being applied strategically in priority regions.

The method involves applying aerosols inside homes and commercial outlets to eliminate mosquitoes that may be hiding behind curtains, under beds and tables, and inside cupboards, for example. The training ended on Thursday (17).

“This methodology is very effective in blocking the transmission of arboviruses, such as dengue, zika and chikungunya, through chemical control of the virus. Aedes aegypti”, emphasizes Laurício Monteiro, deputy director of the Directorate of Environmental Health Surveillance.


“Because it is light equipment and the works are carried out quickly, it is possible to serve more homes in less time, with safe use for the agent and the population” – Laurício Monteiro, deputy director of Environmental Health Surveillance Directorate

The main objective is to control, in regions where the number of confirmed cases of dengue, zika or chikungunya is high, against infected female mosquitoes. “This is another technique that we use to block the cases of these diseases”, underlines the coordinator of the chemical and biological control of the DF, Reginaldo Braga. “Because it is light equipment and the work is carried out quickly, it is possible to serve more homes in less time, with safe use for the agent and the population”, explains Laurício.

The commitment of the population is essential to help in the fight against Aedes aegypti. “Only with popular participation and help from everyone can we win this war,” says Undersecretary for Health Surveillance Divino Valero.

Collaboration is important, both to receive and assist the work of the Health Surveillance servers and in the care to prevent the reproduction of mosquitoes inside the house. “It is imperative that everyone becomes a health worker and watches their backyard,” added the undersecretary.

He also clarified that the smoke was applied in areas of the Federal District where the incidence of the mosquito is higher, from 4 a.m. to 7 a.m. or from 6 p.m. to 9 p.m. The population must collaborate, opening doors and windows, allowing the product to enter the properties.

Other bodies of the GDF are also allies in this fight, such as the Fire Department, the Legal DF, the Civil Defense, the Urban Cleanliness Service, the Department of Public Security and others.

*With information from the Ministry of Health 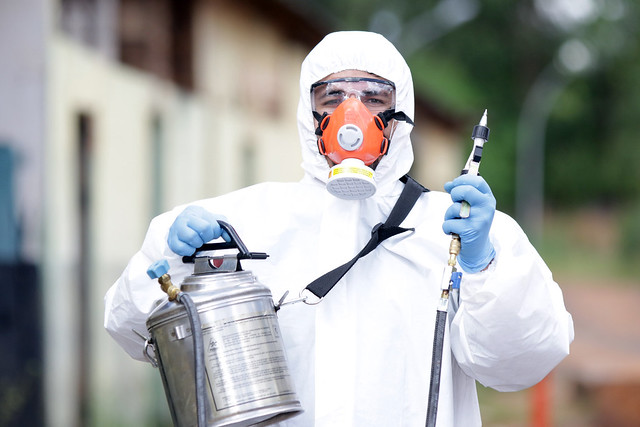