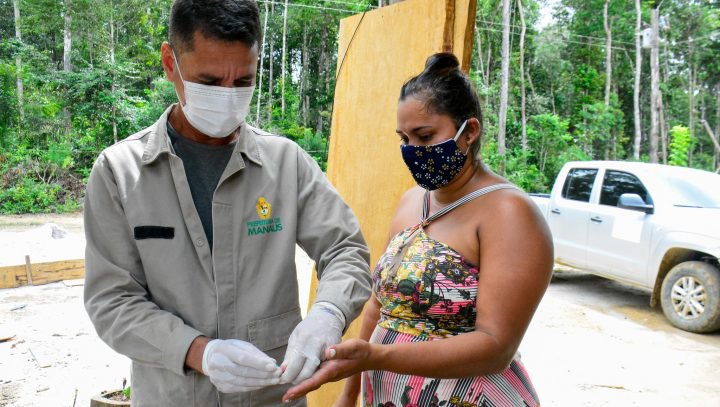 Manaus (morning) – With a 15.40% reduction in the registration of malaria cases last year, compared to 2020, Manaus fell from 7th to 9th place in the ranking of the ten Brazilian municipalities with the highest number of cases disease in the country. The list of ten municipalities, considered to have the greatest epidemiological importance for malaria in Brazil, includes four cities from Amazonas, two from Roraima, one from Rondônia, two from Pará and one city from Acre.

According to the Municipal Secretary of Health, Shádia Fraxe, the reduction is the result of continuous work in the municipal health network, carried out by endemic disease control agents, who play a fundamental role in the actions to combat the disease.

The head of the Semsa Malaria Control Center, João Altecir Nepomuceno da Silva, points out that the municipality of Manaus shows a continuous reduction in cases of the disease since 2018, when there were 8,347 cases. Following the historic series of cases, Manaus recorded 6,530 occurrences in 2019, 5,277 in 2020 and 4,464 in 2021.

“In total, between 2017 and 2021, Manaus recorded a 57.7% reduction in malaria cases. 10,557 cases of malaria were reported in 2017 compared to 4,464 in 2021. This reduction and the improvement in the ranking of municipalities with more cases represent an achievement for the program to fight against the disease, especially since Manaus is a endemic area and has a much larger population, compared to other municipalities with active malaria transmission, with more than two million inhabitants”, emphasizes João Altecir.

In addition to the reduction in cases, João Altecir points out that information from Sivep Malaria, updated on March 10, also shows that Manaus is the only one, among the ten municipalities with the highest number of cases, that has not registered , in 2021, local transmission caused by the parasite Plasmodium falciparumwhich is one of the species of protozoa transmitted to humans by the bite of mosquitoes of the genus anophelescausing malaria.

“O Plasmodium falciparum is the most aggressive causative agent of the disease and responsible for cases of death from malaria. Controlling this transmission is one of the objectives set by the National Program for the Fight against Malaria. In Manaus, it is a constant challenge, since the capital of Amazonas is under epidemiological pressure from other municipalities that register the transmission of the virus. Plasmodium falciparumbeing a point of passage, mobility and great circulation of people”, he explains.

The main symptoms of malaria are: high fever, chills, tremors, sweating and headache. In some cases, symptoms such as nausea, vomiting, fatigue and lack of appetite may occur. During the presentation of the symptoms of the disease, the patient must seek one of the health facilities or the reference laboratory for the management of suspected cases of malaria.