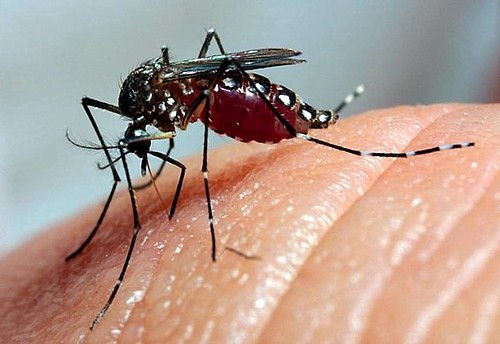 A survey published by the State Health Department (SES) of Rio de Janeiro points out that between January and March of this year, the state recorded an 11% increase in dengue fever cases compared to the same period last year.

According to data from the Coordination of Epidemiological Surveillance, 364 cases of the disease and two deaths have been registered, one in the capital and another in Santo Antônio de Pádua. During the same period of 2021, there were 328 cases and no deaths. The increase in infections was highlighted by the state government in five of the seven health regions: Metropolitan I, North, Northwest, Serrana and Center-South.

Read also : Arbovirus and covid-19: how to differentiate the symptoms?

Dengue fever is considered an imminent risk in the state. However, there is no outbreak of the disease, according to SES. Some municipalities in the North West region are seeing an increase in cases compared to the same period last year and, therefore, are under surveillance, according to the ministry.

However, in view of the table, the SES warns of the importance of maintaining care in the fight against dengue fever, especially at the end of summer and the start of the rainy season.

Read more: I heard about a dengue vaccine. It’s true?

“From time to time, it causes a new epidemic. We are currently seeing an increase in cases in the Metropolitan I, North, North-West, Serrana and Center-South regions. In the other regions, there has been a decrease in cases. very important that people remember to take care of themselves at home, such as cleaning and emptying dishes from plant pots, keeping water tanks, cisterns and other water storage containers tightly closed “Explains the Secretary of State for Health Alexandre Chieppe, in a press release.

In the capital, the town hall promotes actions against the Aedes aegypti mosquito. According to the Municipal Health Department, this year alone, more than 1,500 properties have already been visited, with more than 200,000 mosquito breeding grounds cleared. According to the ministry, the city has not recorded an increase in cases.